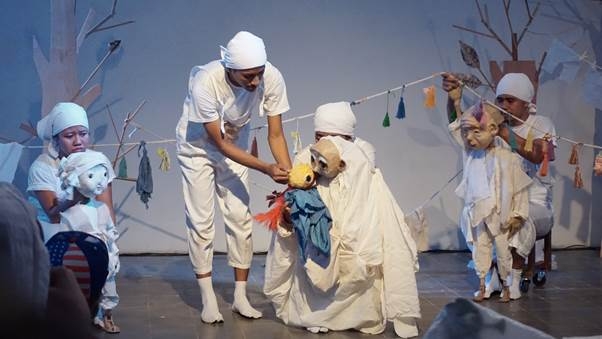 by tatkala
in Essay
4
SHARES

ON the first weekend of February 2018 at CushCush Gallery in Denpasar, Bali, CushCush Gallery and LagiLagi presented two plays performed by Yogyakarta’s Papermoon Puppet Theatre and Bali’s Monez & Ninus. They are two of the three artists involved in Charcoal For Children 2017/2018. The third artist Tokyo’s Kawamura Koheisai will be presenting his play later on during the last weekend of February 2018.

Titled “PlayPlay”, these performances were inspired by the resulting artworks of LagiLagi’s and CushCush Gallery’s second edition of Charcoal For Children workshops held at the end of 2017.

The premiere shows held on the first evening which was attended by art patrons, the media and the sponsors consisted of the two plays – “The White World of Siwa & Malini” by Papermoon Puppet Theatre and “SangKala” by Monez & Ninus. The second and the third evenings each held two regular shows, alternating between the two artists.

Supported by over 20 volunteers from various professional fields, the shows were a big success with all the tickets sold out and, due to the unrelenting demand, extra tickets were sold and extra seats were added in the room. About 35% of the audience were children and the rest were mostly working adults, some of which came from outside Bali.

LagiLagi had invited children from around the island, including the children from art communities and organizations such as Sanggar Anak Tangguh and Yayasan Gayatri Widya Mandala to the ones around the neighbourhood of Mambal and Denpasar courtesy of generous donors.

Suriawati Qiu, the founder of CushCush Gallery and LagiLagi claimed the three-night event to be an enriching experience. “I felt each of the artists shared something meaningful through a simple message that spoke to all of us, young and old. They were sharing their stories for a better world, touching people’s hearts through artistic expressions. In SangKala, we were reminded of how important time is for us to cherish. In The White World of Siwa and Malini, we were taught to embrace the beauty of our differences.”

“The packed small venue heightened the already intimate mood created by the settings of the shows and in turn enhanced the experience of watching the beautiful stories that unfold before our eyes,” a visitor said.

“Papermoon Puppet Theatre’s play has a different dimension from reality, even though the issue that is brought up is something that is very close to us… Exploration not only focuses on artistic aesthetics, but also covers the aesthetic psychology of the audience, both physically and mentally… It was like watching a movie for me.” shared Santiasa Putu Putra, who is an active Bali based theatre creative.

Another visitor recalled, “In every scene of ‘SangKala’, the performers kept us focused and grounded. At every moment presented, the audience was always made curious, just like the feeling of the little girl in the play who was curious about the stories of the Balinese mythical creatures told by her parents.”

In the last weekend of February 2018 there will be more plays held at CushCush Gallery with the details as follow:

‘LagiLagi’ (translates to ‘repeatedly’, ‘again and again’, ‘keep returning back’) is a social initiative started by CushCush, a designer studio and workshop in Bali that specializes in uniquely designed crafted contemporary furniture, accessories, and artworks. LagiLagi was meant to carry both CushCush’s environmental awareness and social mission of passing the goodness of creativity to the next generation, starting from the early age. (T/PR)

Learn more about LagiLagi and Charcoal For Children (CFC) program: 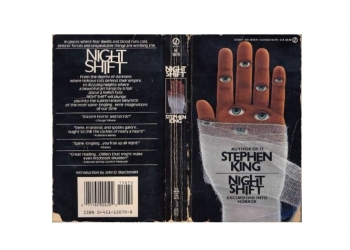 A “Night Shift” (1978) By Stephen King, Unshakeable Disturbing Horror Experience You Can Feel

Horror can function as a genre in literature. A short story or novel with horror genre can be classified as... 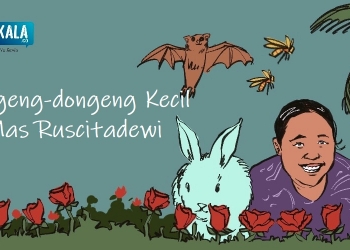 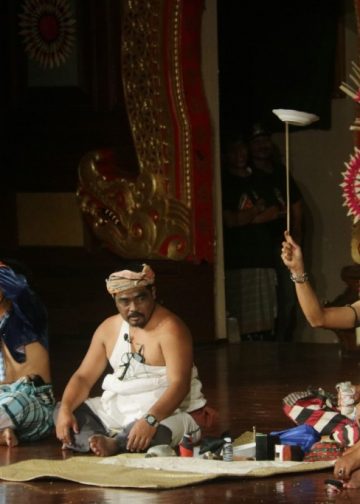 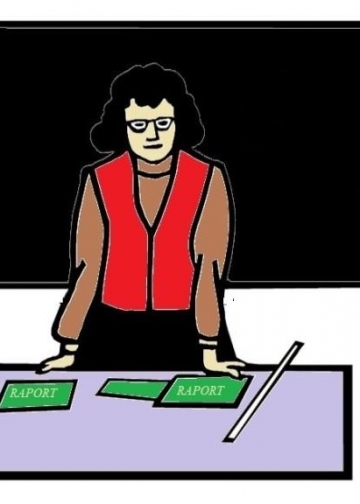 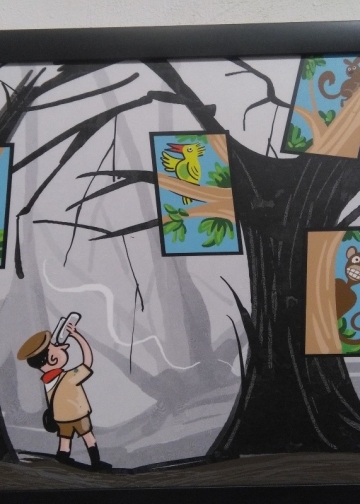 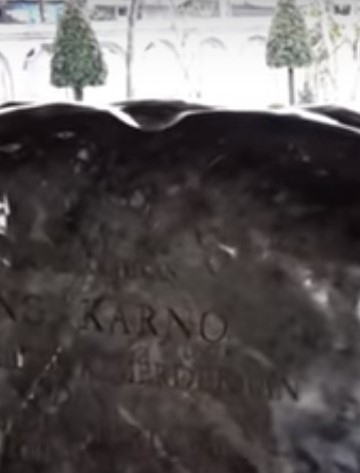 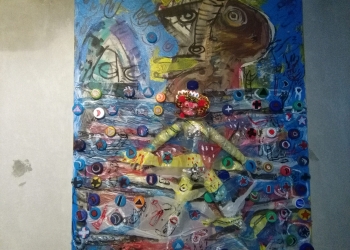 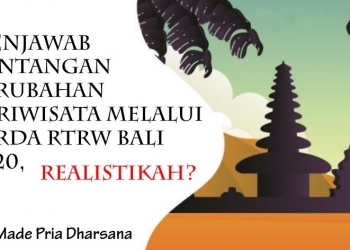 by I Made Pria Dharsana